Another fanfiction project I would write, if I had the time, is a mash-up of the Amazing Spider-Man comic book with the Spider-Man cartoon show that aired at the same time.  This is a synopsis of what it would be like. 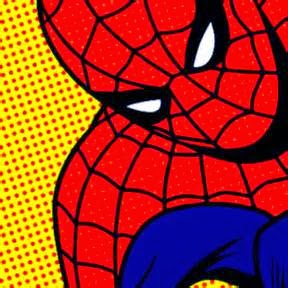 Spider-Man tracks down Doc Ock, mad that his last fight with Doc put Betty Brant in the hospital.  Spider-Man arrives too late at a Stark Industries lab, where Doc had stolen a "nullifier" device, but with Tony Stark's help, they Tony and Spider-Man build a tracker that can pick up the energy signature of the nullifier.  Spider-Man uses it to find Doc in his mountain cave lair in the Adirondacks.  When Doc uses the nullifier, it knocks them both out, but Spider-Man recovers first and ties up Doc.  However, Spider-Man has amnesia and remembers nothing past the last 20 minutes!

Spider-Man remembers Betty Brant in the hospital and visits her, out of costume. Betty, awake now, tells Peter his name and he starts to put things back together.  However, elsewhere in the city, a mad scientist has managed to scientifically recreate Magneto's powers and calls himself Dr. Magneto.  On his first crime spree, he runs afoul of Ka-Zar, but Spider-Man also appears and helps take down the criminal.  But Spider-Man is injured in the fight and Ka-Zar has to save him.

Spider-Man recovers in the hospital, fully recovered in mind and body.  Ka-Zar had hired a private doctor under strict orders not to leave any record at the hospital of Spider-Man's true identity.  Meanwhile, Spencer Smythe hires the Enforcers to steal a missile blueprint for him, seeing it as the final weapon he needs for his new Spider-Slayer's built-in arsenal.  Spider-Man witnesses the Enforcers fleeing on his first swing around town since recovering, follows them back to Spenser's home, and battles a mostly-completed Spider-Slayer robot. Spider-Man uses the robot to defeat the Enforcers by getting them between him and the robot, but Smythe escapes while leaving the robot on autopilot to distract Spider-Man.

Mary Jane gets a job as a go-go dancer at the Gloom Room A-Go-Go.  The Scorpion is also holed up there, while in hiding.  He has a serum he stole from his creator, Dr. Stillwell, that will increase his powers. When Mary Jane finds him, and Peter is there with his friend Harry and girlfriend Gwen, Spider-Man soon appears.  The Scorpion's serum makes him 7 1/2' tall and even stronger, but the growth is painful and distracts him enough to give Spider-Man an edge.  The serum winds up being temporary, leaving Scorpion too spent from the experience to avoid capture.

The Gloom Room A-Go-Go is, of course, a front for the Kingpin.  But the publicity from the Spider-Man/Scorpion fight would bring too much attention to his plans for the place, so the Kingpin abandons that scheme.

The Kingpin decides on a slightly different scheme, abducting Capt. George Stacy and using a brainwashing machine on him.  Peter sees something is wrong with Stacy and follows him to police HQ, where Stacy steals important documents. Peter wants to follow and find out where Stacy goes with them, but a police report of a giant alien ice monster causes Peter to change priorities and just put a Spider-tracer on Stacy for now.  Spider-Man arrives in Central Park to fight the alien, only to have the Human Torch show up as well and they quickly subdue the alien, and return it to the FF for further study.

Stacy’s brainwashing has worn off, he tells Gwen what he remembers, and Gwen tells Peter.  With Peter’s help, Capt. Stacy finds out that the papers he stole were about Dr. Curt Conners.  Meanwhile, the Kingpin confronts an abducted Dr. Conners and reveals that he has the papers – letters Conners had left with the NY police in case he should ever turn into the Lizard again while working here.  The Kingpin plans to extort the Lizard formula out of Conners with the papers.  While giving Conners time to think it over, the Kingpin sends hitmen after the Stacy’s and Peter Parker, who all know too much.  The hitmen catch up to the Stacy’s at the airport, trying to leave town, but Spider-Man confronts them, roughs them up, and finds out where the Kingpin sent them from.  But, before Spider-Man can get there, the stress has made Conners revert to the Lizard and he wrecks the place.  The Kingpin flees and so does the Lizard, but he reverts back to Conners before he can do more harm.

Electro seems to have gone straight, working in a publicity campaign for a big company.  However, Electro is just using the job to get into position for a daring robbery.  He is interrupted by Medusa of the Royal Family of the Inhumans, in New York on a “goodwill tour”.  Electro is about to win the fight when he sees Spider-Man swing by and flees.  When Spider-Man arrives, drawn by a burglar alarm Electro just set off, he only sees Medusa and mistakes her for a thief.  They tussle before Spider-Man learns the truth and they go after Electro together to defeat him.

Blackie Drago, the second Vulture, escapes from prison, but thinks he is being haunted by the original Vulture’s ghost.  One night soon thereafter, Peter and Gwen are out on a hot date, when the Vulture flies by, thinking he’s fleeing from the Vulture’s ghost.  Peter leaves, but promises to explain his secret very soon to Gwen.  As Spider-Man, he tracks down the Vulture and, together, they learn that Mysterio is behind this, trying to make Blackie think he’s crazy to give up the Vulture costume, so Mysterio can sell the designs for it.  Spider-Man manages to beat Mysterio, but the Vulture flees.

Spider-Man goes after the Vulture, who next steals a device that allows him to control birds.  He assembles a flock of vultures and uses them in his next run-in with Spider-Man.  Despite the slight upgrade, Spider-Man manages to best the Vulture again and return him to jail.  As Peter, he goes back to Gwen and tells her his secret – that he’s Spider-Man.
Posted by Scott at 10:54 AM No comments: