We left off with Universal making a Hulk reboot for theatrical release with the help of Bill Bixby. The problem is, Bixby would be 53 when this movie came out in 1987, too old to be rebooting the franchise.  Bixby would graciously agree to let someone else take over the role in exchange for being able to direct the movie.

Richard Gere would be picked to play Bruce Banner, and they would pick him up cheap because he was still three years from having a hit movie.

Lou Ferrigno would keep the Hulk role, saving the movie a fortune on special effects. 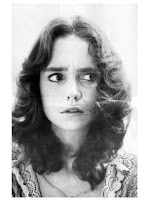 Jessica Harper would take a break from television movies to return to the silver screen as Betty Ross. 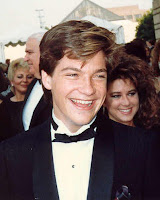 The teenager Rick Jones would be played by Jason Bateman, then adored for many television roles as teenagers, while still unsuccessful transitioning to films.

General "Thunderbolt" Ross would be played by Burt Reynolds.

While lacking the pathos and emotional heft of The Fantastic Four, The Hulk would offer suspense, with a bestial, raging Hulk threatening everyone but Betty and Rick in the origin story/first act, the mystery of who the Gremlin is really working for ("If it's not the Russians, then...?") in the second act, and then the Cold War escalation of Gen. Ross wanting to send forces into Russia to retrieve his daughter when Betty and Rick after they were captured by the Gremlin's agents. It would turn out that the Skrulls are behind escalating the Cold War, tying this movie into the FF movie preceding it.

Another historical piece, taking place in 1962, the soundtrack would feature "409" by The Beach Boys" (or "Rick's Theme," as it would become known) and "Crying in the Rain" by the Everly Brothers.

The film would run 108 minutes and make $42 million at the box office, twice its budget, and while that would not be enough to push it into the top ten highest-grossing movies of 1987, it would just meet the threshold for Universal to continue a Hulk series, though the original plan of producing a sequel for 1989 would be pushed back to 1991.

Meanwhile, the Fantastic Four sequel would already be in production. The breakneck pace of a new FF movie every two years would be possible by filming scenes for the sequels during the earlier filmings (a technique that would not actually be used until the Matrix films). Titled Fantastic Four 2: Return of the Sub-Mariner, the movie would begin with a 15-minute opening extended montage set in 1939-1942 and establishing who Prince Namor, the Sub-Mariner was.

As for who Namor really was, that would be young actor Billy Zane, then best-known for a small part in Back to the Future.  The story would pick up in early 1962, with the FF tracking down the Skrull's leader, claiming to be a human called the Miracle Man. Super-hypnosis would make the FF think they were fighting generic movie monsters, but the Torch would accidentally blind the Miracle Man during the fight. The Miracle Man would flee and find an amnesiac Namor in a slum building and sic him on the FF. The Namor-Reed-Sue love triangle debuts, culminating in Namor summoning Giganto to wreck Manhattan. The Miracle Man is crushed by Giganto, but Namor gets away, setting them up for the next sequel.

The soundtrack would feature "Monster Mash", but also "In the Mood" during the opening flashback sequence.

Debuting in early 1988, Fantastic Four 2 would do even better than the first movie at the box office, quadrupling its $22 million budget at the box office with $88 million, coming just shy of pushing Die Hard out of the #7 slot for the year. At 118 minutes, this would be the longest Marvel movie to date, giving more time to quieter moments between characters and impressing the critics.

This idea has been mulling around in my head since last June. We all know the Marvel Cinematic Universe has been a huge commercial success since the Iron Man movie of 2008 -- but could this have been possible two decades earlier? Could it have begun in 1986? Were the movies not ready for Marvel Comics, or was Marvel Comics just not ready for the movies?

But it makes no sense to begin with Iron Man; the Fantastic Four is the cornerstone of the Marvel Universe and the movies should have started with the FF. But the FF also shows us that Constantin Film -- the company that produced the 1994 Roger Corman film -- was either not able or interested in launching a blockbuster series of movies. Someone with deeper pockets would have had to buy the license from them.

Let's say Universal, flush from the success of Back to the Future, felt what few movie companies have ever felt -- both confidence in the superhero genre and respect for the original source material. So they bought the license to the Fantastic Four from Constantin, budgeted $20 million for the movie, and green-lighting their movie immediately.  A script would be written combining the first two issues of The Fantastic Four, giving them an origin story, keeping it a period story set in 1961, and having them discover the Mole Man and Monster Isle, a place where alien Skrulls have been creating monsters. The period detail would be exact, duplicating the hairstyles, clothes, cars, and buildings of the 1960s. The soundtrack would be largely orchestral, but also break into pop hits of the day like Del Shannon's "Runaway" and "Blue Moon" by The Marcels. 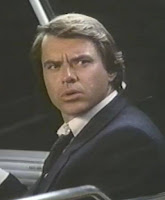 Because Universal would need a big special effect budget, they would try to cut costs on casting by staying away from big names. For Mr. Fantastic, they would go to television and cast Robert Urich. Although a critical failure in movies to date, Urich was on fire on television in Spenser.

The casting of The Thing would seem an unusual one, but bear in mind that the actor would be wearing a full-body costume for much of the movie (and animatronics would handle The Thing's face in close-ups), so this actor would have to be able to act mainly through his voice. 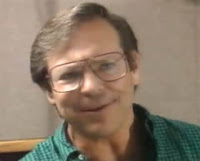 That's why they would choose veteran voice actor Frank Welker to voice Ben Grimm (and Frank kind of looked like Ben Grimm too, for the origin scenes!).

This is a bit hypocritical of me -- I have faulted the 2005 Fantastic Four film for over-sexualizing the matronly Invisible Girl -- but I cannot resist the chance to cast Rebecca De Mornay as Sue Storm. 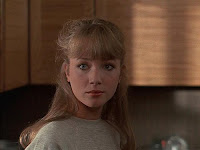 Rebecca may have been sexy, but I think she had the acting chops to balance that with being a mother figure -- for family is key and must be at the heart of any Fantastic Four film. 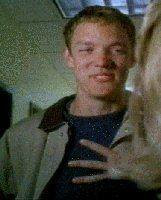 As for the Human Torch...it is no secret that Johnny Storm is not a deep character, and for half of the movie he would be covered by animated flame (traditional cell animation, of course), so it is least important that Johnny be played by a big name actor.

I'm really going to go out on a limb here and cast then-unknown teenager and skateboarder Matthew Lillard as Johnny. Many years later, Matthew would show incredible talent by turning himself into a living cartoon character, as Shaggy in the Scooby Doo movies.  And having two connections to Scooby Doo (Frank Welker voiced both Fred and Scooby Doo) in the movie amuses me. 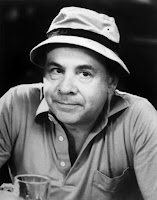 The Mole Man would be played by Tim Conway, getting to play a heavy for the first time on his career.  His monsters would be a combination of men in rubber suits, stop-motion animation, and animatronics (based on what the scene required).  The Skrulls behind all these monsters would be actors wearing rubber suits, ala Star Wars. When the FF steal a Skrull ship and go up into orbit to confront the advance ships of what might be an invasion fleet, the FX would also be reminiscent of the model work in Star Wars.

This movie would be about 109 minutes long, average for a top-grossing movie in 1986, and a huge success -- if it was as successful as the Iron Man movie of 2008, it would be the 8th most successful movie of 1986, edging out Eddie Murphy's The Golden Child and earning, oh, let's say $80 million.  The four times their investment back would be almost identical to Iron Man's 2008 returns.

Work would begin on a sequel to the hit Fantastic Four movie already, which would come out two years later in 1988 (as fast as Star Trek movies were coming out at the same time). But, to keep momentum going, Universal would already be pushing through a Hulk movie.

Roger Corman's New World Television company already had plans to make a "The Incredible Hulk Returns" TV movie with Bixby-Brandon Productions. Universal had already had faith in The Incredible Hulk in the 1970s, as it was their TV show.  Now it would be an easy way to continue the Marvel Cinematic Universe, would buy into this project, give it a $21 million budget, and get it a theatrical release.

Rather than continuing the 1970s' TV show, this would be a reboot taking place in 1962. Like the Fantastic Four movie, this one would follow the original comic books closely -- Bruce Banner would be a scientist working for the U.S. Army, he would be irradiated by a gamma bomb while saving the life of Rick Jones, would hide his transformation into the Hulk from Betty Ross, while being hunted by General "Thunderbolt" Ross. Bruce was betrayed by an assistant working for a Russian known as The Gremlin, but The Gremlin would turn out to be an agent of the Skrulls. The Skrulls would take the place of the Toad Men from Hulk #2. Bruce would be on one of the Skrull ships seen in the Fantastic Four movie and crash the ship after turning into the Hulk on it.